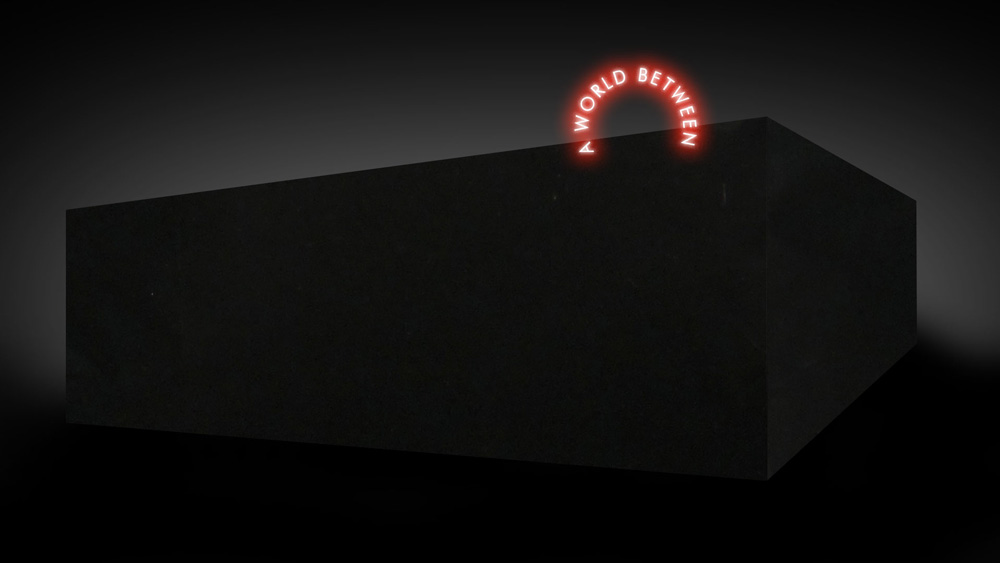 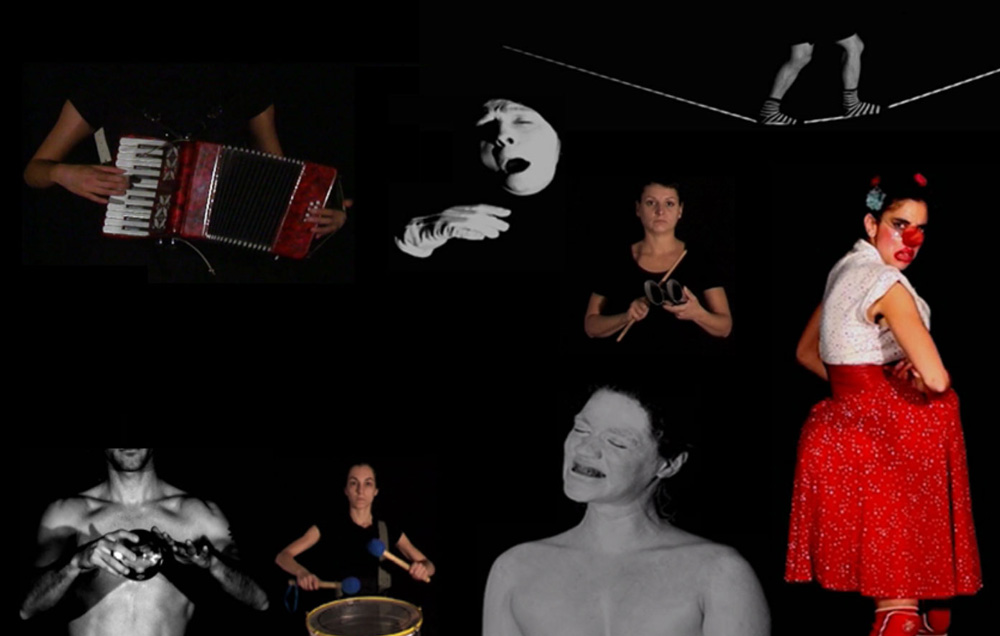 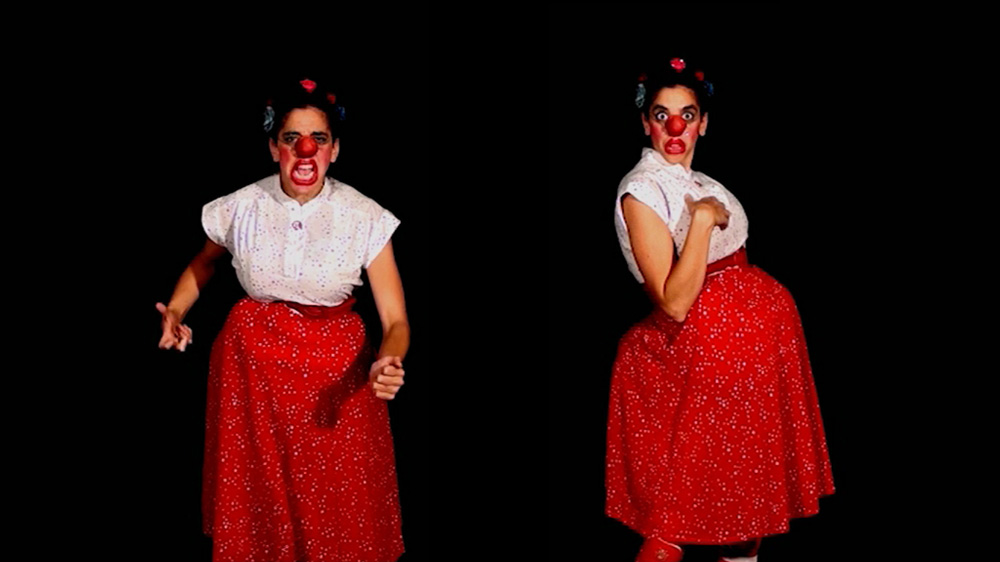 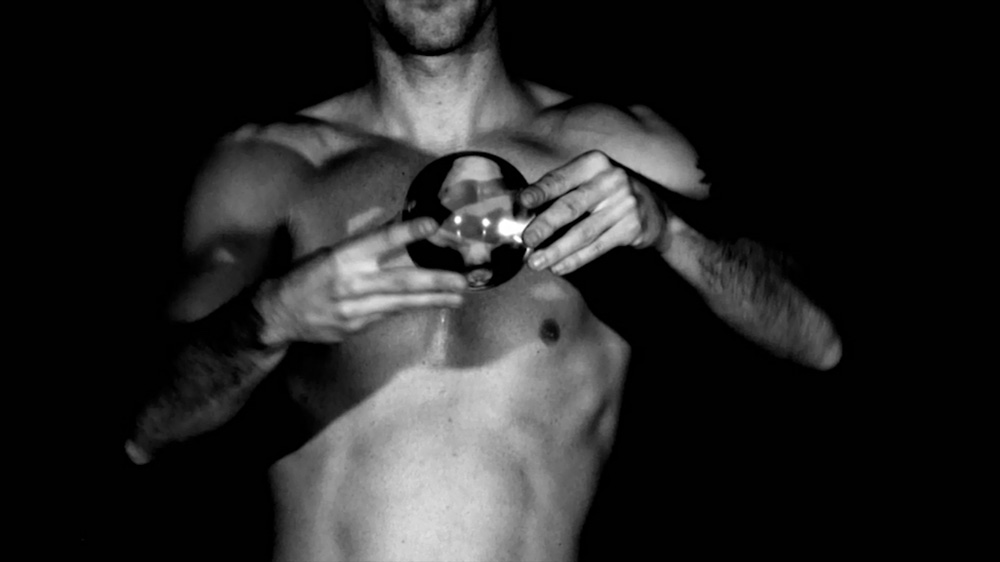 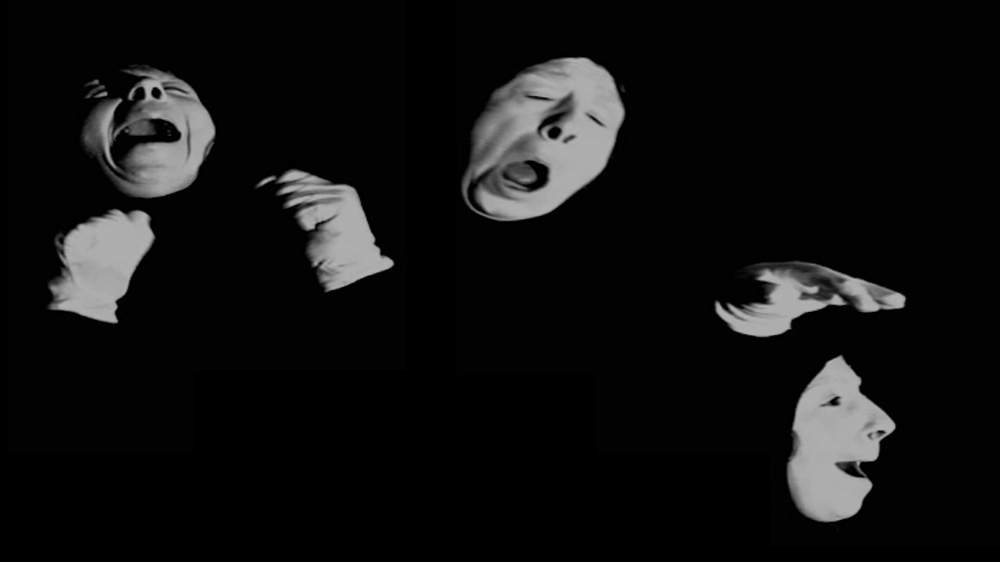 The project "A world between" consists of two big scale video-projections, six monitors and five-channel audio [displayed at high volume] in a totally black room. This work, which I regard as a work in progress is the result of improvisation with actors, dancers, jugglers and musicians. The audio part of the project is the result of the improvisation on verbal and graphic scores. This project was developed in parallel with my research in "circus world", the figure of the "clown" and their relation to notions like absurd, grotesque, gender, boundaries, margins and repetition.

If we accept that the project deals with "circus world", the goal is the viewer to experience the space of "circus", that intermediate space that lies somewhere between life and death, joy and sadness, courage and fear ... life itself.

Heinz Politzer, German literary critic, characterizes the Kafkaesque exploration of the circus, as a "world between", a place outside of the common perception, an intermediate space where reality is disfigured in a strange but seemingly believable way.