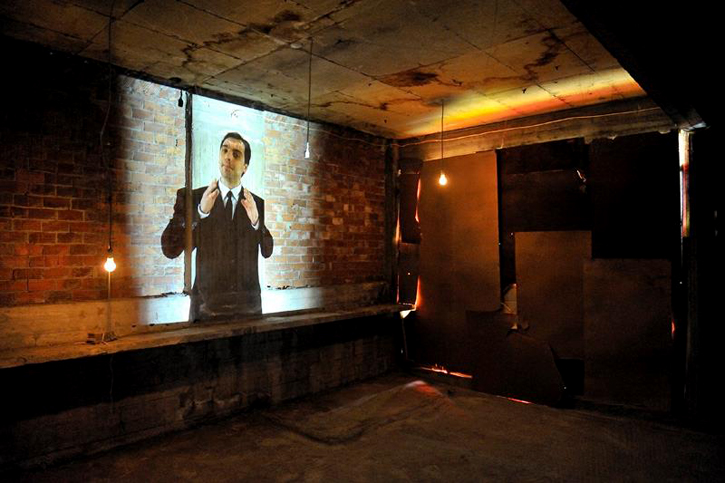 [nomáδes artcore] stop in Ioannina to present the performance [project 2] Anger at 5-7 April 2013 at the old bus station of Athens at Zosimadon Street. [Project 2] Anger is part of a bigger production entitled "From I to Me + From Us to Together" that explores the five basic emotions and travels in different Greek cities reviving abandoned public transportation buildings.
After the first successful three-day performances at the Ellinikon Airport with [Project 1] Fear, [Nomades artcore] collaborate with actors, dancers, musicians, photographers, cinematographers and visual artists from Ioannina to create an artistic activity and utilize a central building of the city remaining unexploited.
Artists invite audience to join them in a route of action and reaction, a route that audience is asked to start as a spectator, gradually winning the leading role. At the old bus station's scenery, [Nomades artcore] recompose the human life cycle revealing the anger that is hidden in it. They are born, grow up, play and create relationships in a space arranged by the findings, remainings of the bus station's operation, which is enriched by installations and works of video art.
[Project 2] Anger will be shot for the creation of a theatrical documentary composed by snapshots of the five projects.